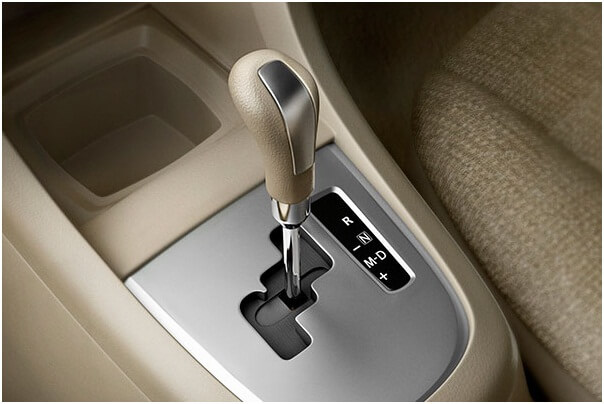 The demand for AMT cars such as Mercedes is increasing by the day and the difference in the prices of automatic cars and manual transmission cars are decreasing. And thus begins an era where AMT units are close to replacing manual transmissions to be mainstream.

Cars with an AMT gearbox are generally used at the time of learning driving skills, besides being preferred by the lesser-skilled drivers. These cars not only make driving a smooth experience, but also offer a lot of assistance while driving heavy traffic.

Since the clutch pedal is not included in automated manual transmission models, with only the brake and an accelerator pedal, AMT cars turn out to be somewhat more efficient while handling in any condition.

So let’s delve deep and have a brief discussion about the advantages of the AMT cars and how they make the life of the drivers easier.

There are many AMT models presently available in India and you can find more about them on Autoportal.com.

More often than not, the drivers may face some discomfort while driving a car at a crawling traffic. Getting the car from neutral to first and then to second gear at green light and then back to the first at red needs too much of the coordination, and especially with the long lines of car honking from behind, the experience may be as bad a nightmare for the beginners. Hence, the convenience of an AMT gearbox unit removes the hassle and all that the drivers need to do is just push the gear knob forward or backward gently and the difficulty is sorted.

Imagine you are new to driving and have got a long stretch of highway to cover. Of course, you would want to do that at a high speed. But as a matter of fact, quick-shifting is a difficult thing to achieve at the initial stage. And despite the fact that most of the drivers are skilled with quick-shifting, handling a clutch pedal, gear knob and accelerator pedal is not so easy. But when it comes to driving an AMT car, quick shifting is easier to achieve even at the novice level. With the clutch taken out of the equation, you just need to handle the accelerator and the gear knob.

While learning driving, it is simpler to use AMT cars over conventional manual gearbox unit cars as the beginners have to get a grip of doing so many things at the same time. The learner needs to handle the steering and gear with the hands while coordinating three pedals with the feet, all of this while keeping the eyes on the road. Hence AMT units offer just the slight benefit to the driver as they have lesser things to think about.

Easier to drive on inclinations:

And again the same problem arises on manual transmission cars, but this time around, it poses to be a bigger worry for newbies. If handling manual units on traffic is difficult, doing it while rising on an inclination is almost deadly. This happens mainly because if your footwork should be so precise that your car should not start rolling backward between releasing the brake pedal and pressing the accelerator. But when you have an AMT car to work with during such situations, you just have to do the brake and accelerator only.

AMT makes it easy to drive

Considering the fact that AMT or fully automatic cars are slightly expensive than manual ones, the popularity of the automatics is a lot lesser. In fact, many cars like the Maruti Suzuki Vitara Brezza and S-Cross do not offer automatic trims at all. But once the prices go downhill, the popularity will surge, for sure, even if they are offered on the top trims only.

Though the price of the AMT cars are higher, they have clear advantages too. The cars are easy to drive in heavy traffic as well as in hilly areas, besides being a delight on the highways, thereby making life easier. So if you are not choosing AMT cars just because of their high price tag, you will miss the flexibility they offer. So, it is well suggested to go for the AMT cars if the difference in the price isn’t massive.